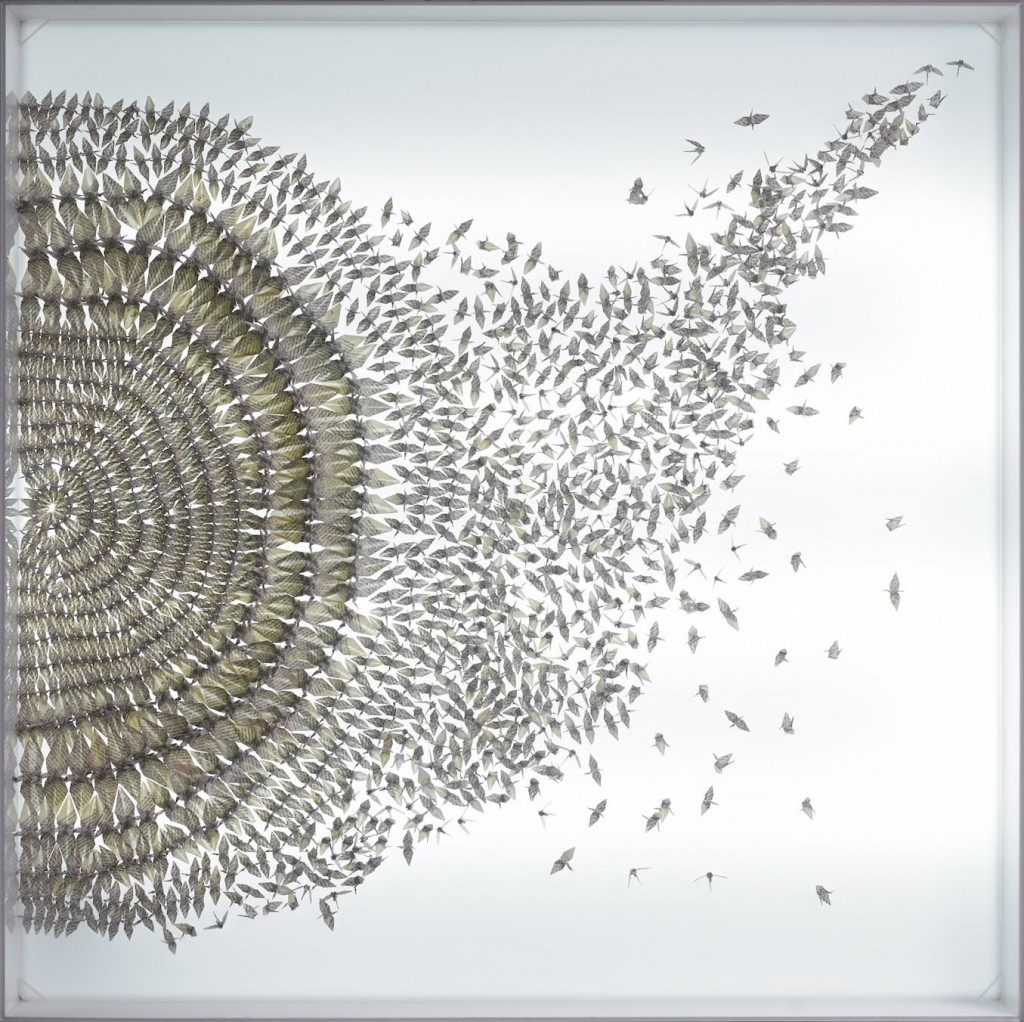 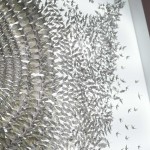 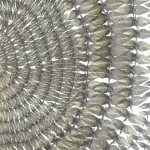 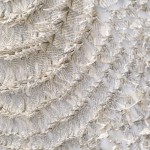 Encyclopædia Britannica is the oldest English language Encyclopedia in the world and in 2012 it was announced that the 2010 edition was the last printed edition that would be published.

In 1974 my parents purchased a set of Encyclopædia Britannica. The set sat on our family-room shelf for 40 years and oversaw the education of 4 children. In the beginning they were referred to regularly, being a vital source of information for many a school project and often the final say to the dinner table debate.

As we grew the power, relevance and accuracy of these books waned. Suddenly a computer arrived and soon after the Internet, at which point they only collected dust. By 2010 in our home and in the world at large the leather bound, gold trim and hefty books were redundant.

In 2014 I collected them from my family home and began to fold their pages into origami cranes.

Reliquary: Encyclopædia Britannica, is a series of works featuring these cranes. The information contained in these books is present but scattered, intricate and obscure.

Lace is a collector of things. From dead insects to broken stained glass to redundant encyclopedia. Lace keeps them with her until it’s time to process them into artworks. The remains of these processes often result in a reliquary.

When Lace embosses dead insects into paper she is often able to save the wings and bodies turned to dust after going through the etching press. She arranges these remains into patterns.

For years Lace has collected, archived and embossed the bodies of dead insects. 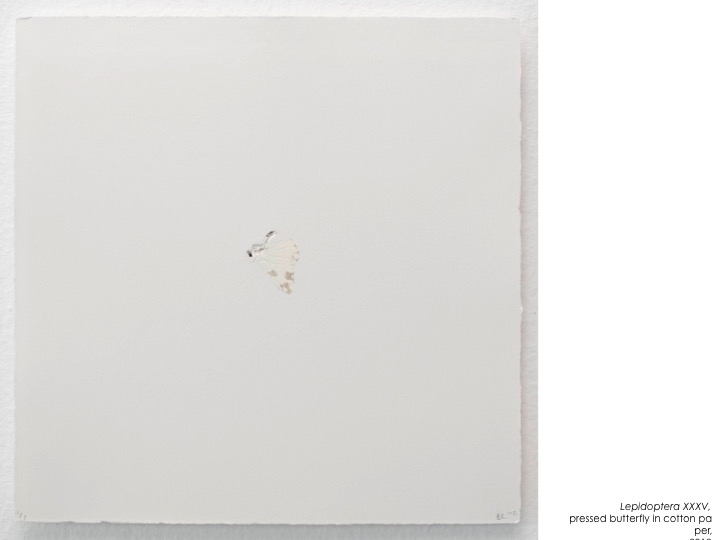 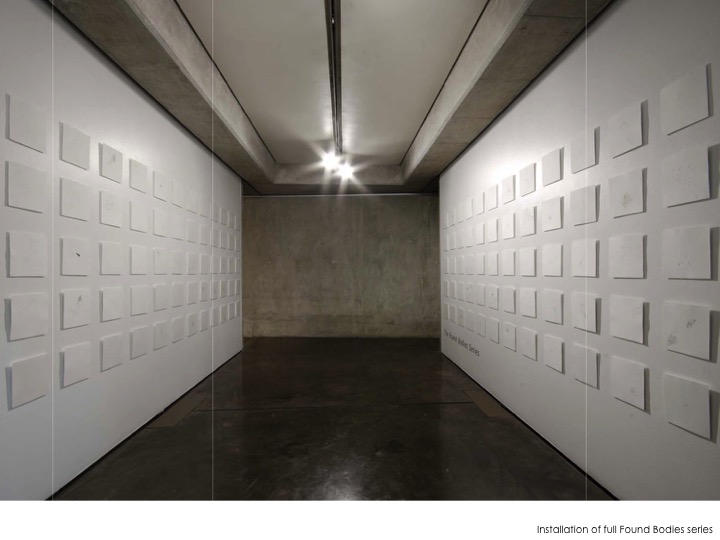 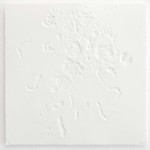 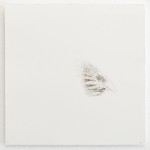 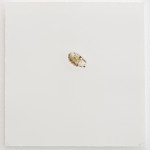 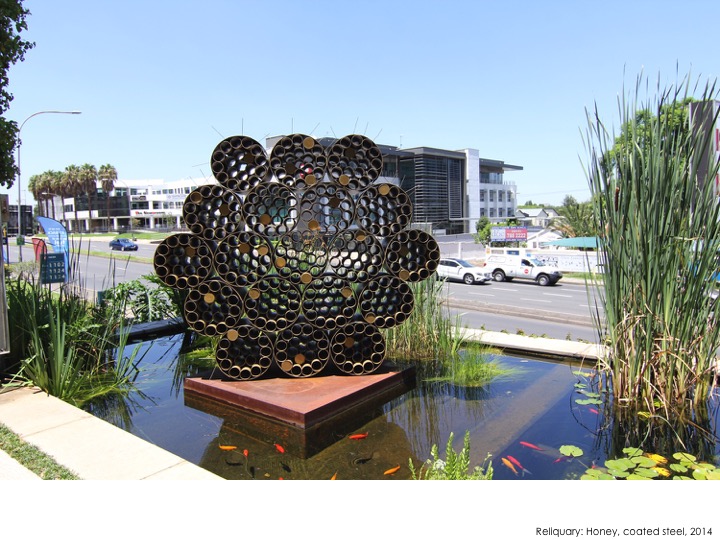 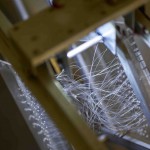 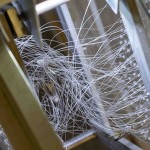 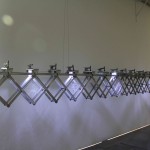 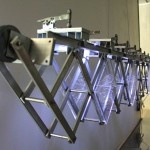 Labour|Labour is an interactive installation made from a found object, the object is the innards of a circa 1970’s industrial loom. The loom was rescued from a building in the Johannesburg CBD. The building was being renovated from a factory for sporting equipment to a residential building. Lace removed the casing and cleaned off the oil and glue to reveal the current structure. She then immobilised elements of the previous mechanical movement and altered other elements to allow the loom to twitch in the manner in which it does now. The movement of the loom is triggered by a motion sensor in the room, this sensor picks up the viewers movement in proximity to the piece. The pulsing of the lights is based on a panicked heart rate. 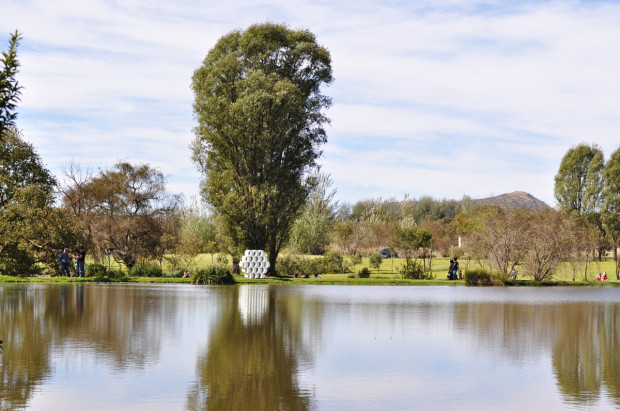 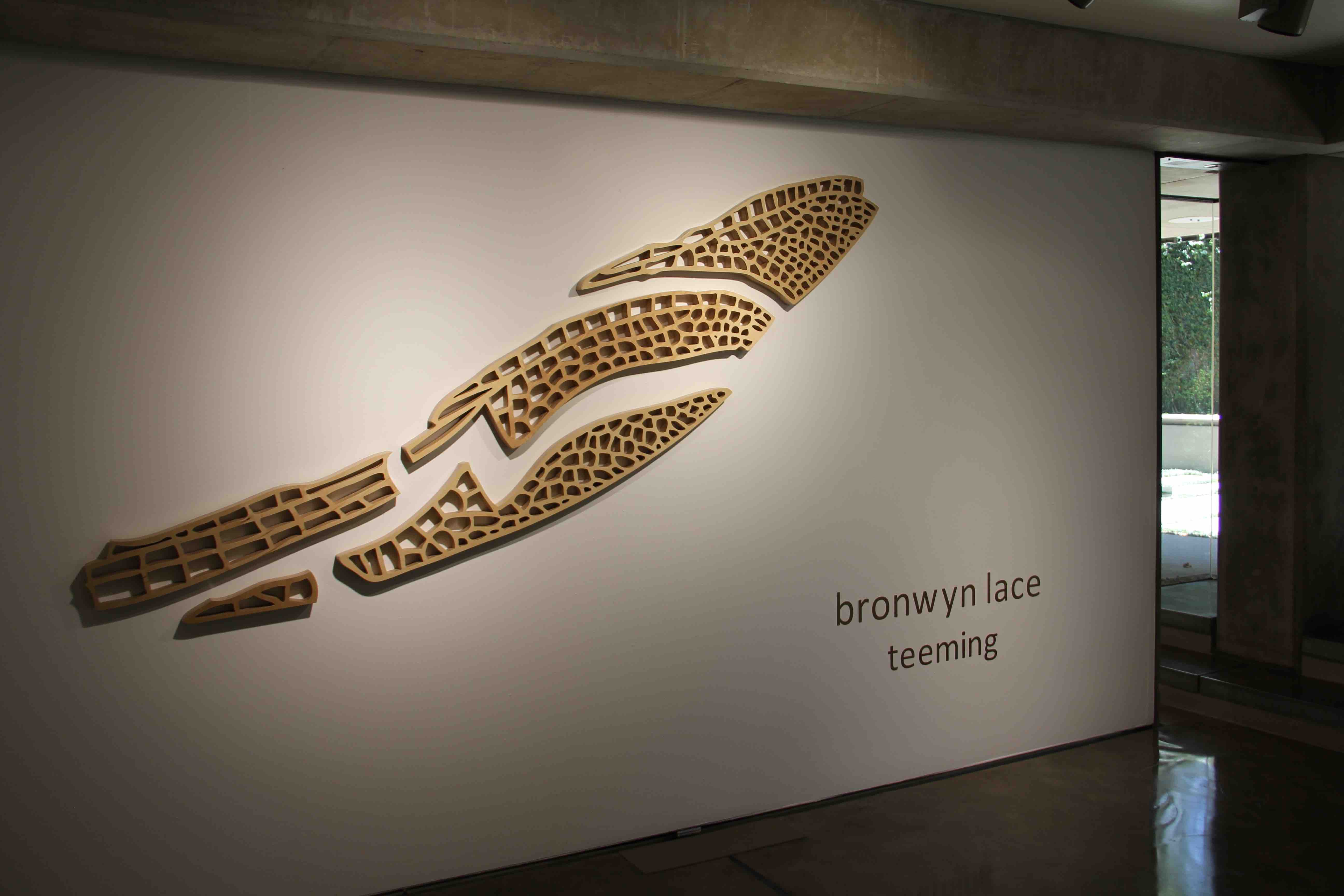 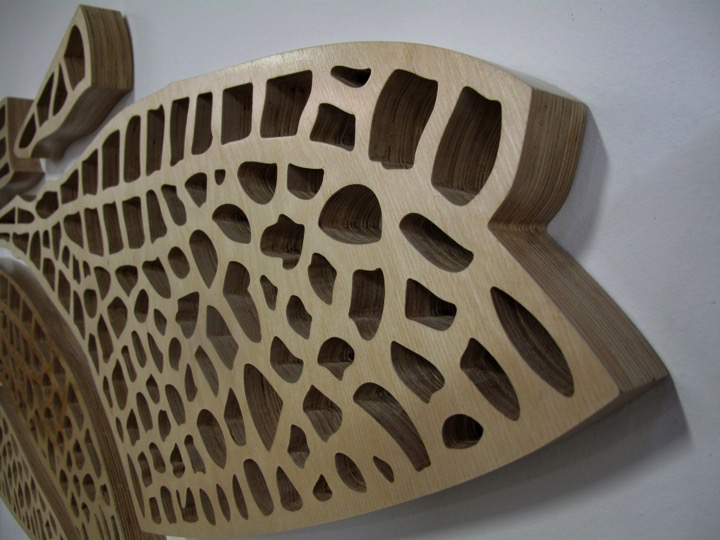 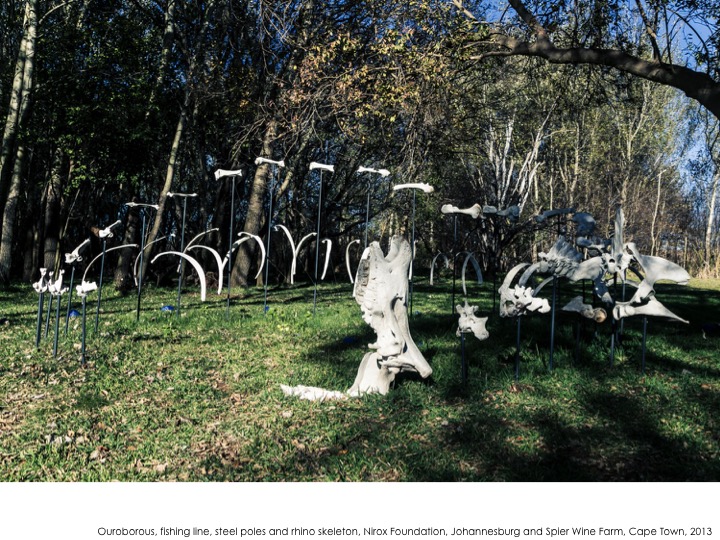 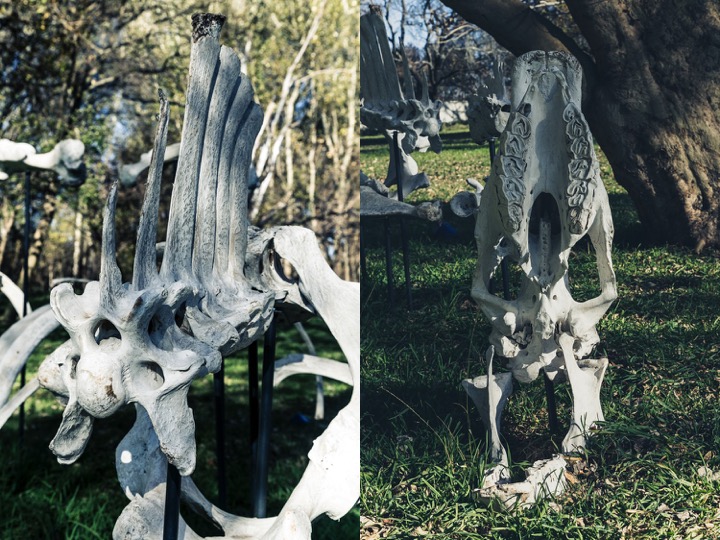 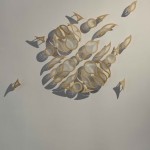 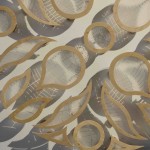 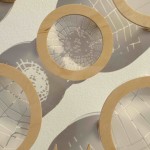 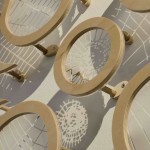 With her temporary and site specific installations and performances has points of departure, Lace collapses and builds permanent and portable objects. 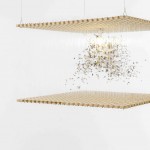 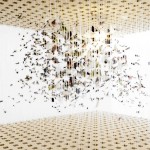 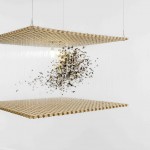 Photography by Adriaan Louw and thanks to Southern Guild