Airs Above the Ground responds to the ‘architecture’ of the horses skeleton, through a process of dissembling the skeleton and laying it out a new structure was found. This structure aims to prompt the viewers imagination, using the components of such a familiar animal I wanted to create something that felt prehistoric or fantastical, an air or water creature of sorts. Drawing on some ‘unquestionable’ conventions such as the aesthetics of museum practise and the exactness of mathematics I hope to stimulate a discussion between disciplines and to highlight the continual presence of the imagination in so much of what we do. 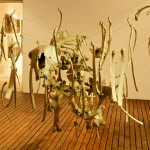 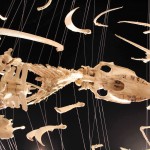 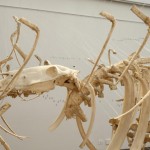 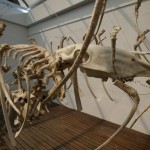 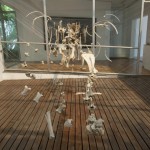